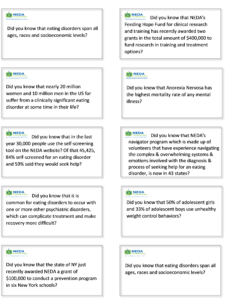 While no one knows for sure what causes eating disorders, a growing consensus suggests that it is a range of biological, psychological, and sociocultural factors.

Eating disorders are serious but treatable mental and physical illnesses that can affect people of every age, sex, gender, race, ethnicity, and socioeconomic group. National surveys estimate that 20 million women and 10 million men in America will have an eating disorder at some point in their lives. Worldwide the figure is more like 70 million sufferers!

The problem with statistics on eating disorders is that many sufferers do not come forward for diagnosis due to embarrassment, denial or confusion as to what their symptoms are. Males are often one of the least diagnosed populations of people with eating disorders.